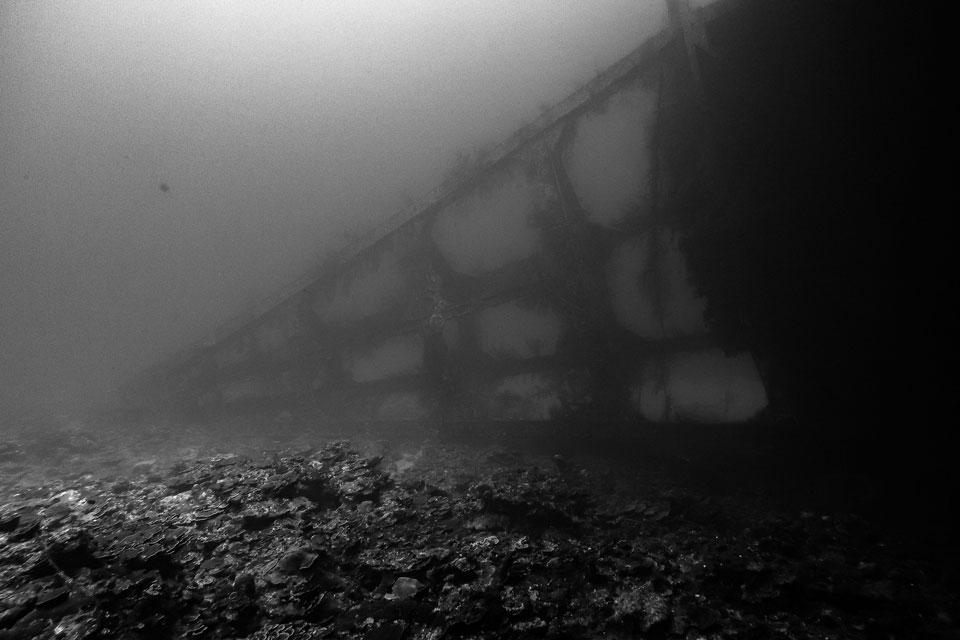 This wreck was discovered by the Dive Aqaba Tec Team in 2004. She lies on her starboard side in 50 metres of water off the dive site known as the Japanese Gardens, the maximum depth on the wreck is 57m and the top of the wreck is 35m. She was bought by the Aqaba port authority in 1974 and was used for off loading ships coming to Aqaba. An accident led to the jib of the crane dropping and damaging the hold, this was them repaired with a concrete plug. The plug kept leaking so it was deemed uneconomical to repair and scuttled in late 1999. Shoals of fusiliers now patrol this pristine red sea wreck which has now a profusion of colourful soft corals growing on her. The A frame of the crane is fantastic for photography - if your camera can go that deep! On the bow there are shoals of glass fish being hunted by many large lion fish. If you are a Tec Deep Diver you can take our distinctive Taiyong Diver specialty course. Recommended bottom gas Tmx21/20