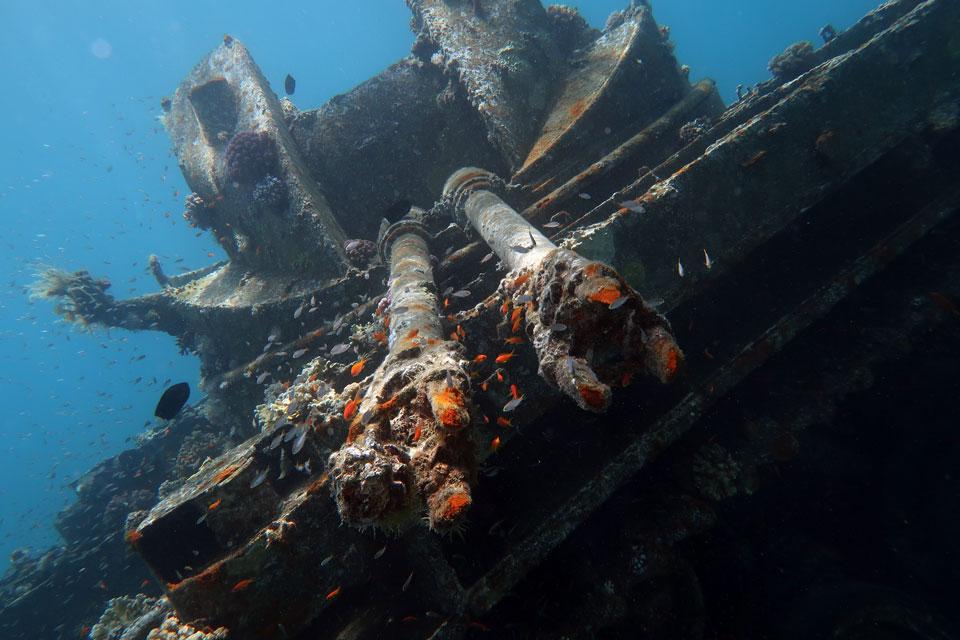 More popularly known as " The Tank " This American M42 Duster with a self propelled Anti-aircraft canon was originally in employ of the Jordanian Army it was scuttled as an artificial reef on September 1st 1999 by the Jordanian Royal Ecological Diving Society and has since accumulated a lot of marine life. Some reports in the diving press that it was Russian came from ill informed visitors. The compressed air start tanks at the back of the engine bay are marked with a working pressure in psi. Russian would be bar or kilopascals. Apart from the report from JREDS on the scuttling we have had many people confirm the identity after viewing the videos on you tube. See Seven Sisters